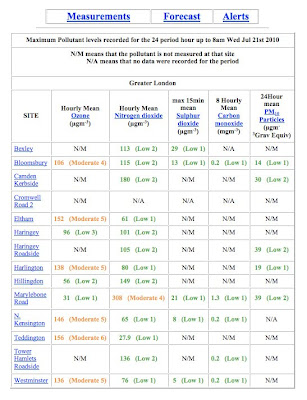 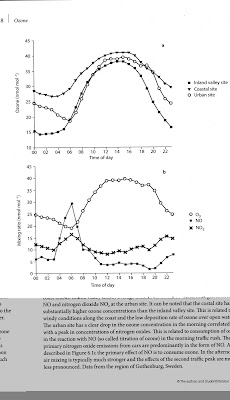 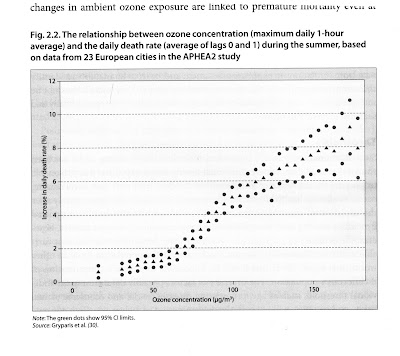 OZONE LEVELS PEAK IN THE HEAT


Lethal London Ozone levels have been recorded over the last few days, in the current heatwave.


The government, via DEFRA, love to blame the “foreign” transboundary air flowing from the industrial areas of Northern Europe…and see no reason to change transport policy here. They say only winds from the east cause pollution.


Since Monday 19th July 2010, the winds have been SW-SSW, and temperatures 28-29 degrees centigrade…..so the levels in London, shown above, are all our own work !!!

A DAY...EVERY DAY THE LEVELS ARE HIGH

For a fixed temeperature...the higher the ozone, the more die

For a fixed ozone level.... the higher the temperature the more die

The death rates are much higher amongst the working class in all cases.
Posted by No Incinerator FC at 04:54