Some developers go to extraordinary lengths to have their proposals labelled low impact…this means that the planning procedures are quicker because they can be judged by environmental health officers and ordinary development committees.
Otherwise they would have to be referred to the Environment Agency for approval. Are there any other differences? Watch this space for further investigations.


There were worrying assertions made by the Road Transport Laboratory (Dr. Mcrae) that environmental health officers were overstretched, had to wear too many hats, and were simply not funded well enough to put through changes that bad air quality figures merited. There were suggestions that not enough liason existed between local authorities’ traffic departments and their environmental health departments.

You can watch his evidence on the link below, particularly Joan Walleys comments at 4 mins 30 sec:

Poor air quality reduces the life expectancy of everyone in the UK by an average of seven to
eight months and up to 50,000 people a year may die prematurely because of it. Air
pollution also causes significant damage to ecosystems. Despite these facts being known air
quality is not seen as a priority across government and the UK is failing to meet a range of
domestic and European targets.
The quantified costs of poor air quality that are used to develop policy are out-dated. They
do not take account of all the known health effects, treatment costs, and environmental
damage, nor do they take account of fines that could be imposed by the EU for failing to
meet air quality targets. Many Government departments do not seem fully to understand
how their policies affect air quality, the impact poor air quality has, and its cost to the
economy. Awareness of the issue needs to be raised at all levels of government, and policies
need to take greater account of air quality impacts.
Awareness needs to be raised and behaviour needs to change if air quality targets are to be
met. Transport causes the most exposure to harmful air pollutants, and air quality targets
will not be met without a significant shift in transport policy. Local authorities need to do
more to tackle poor air quality, and they must be given information on how to develop
local air quality strategies.
The cost-benefit analysis is clear: what is needed is the political will to make this a priority
and to commit the resources to address it now so that we can reap the benefits of improved
health.

The report fails to notice the problem of lorries and chimneys

2. Industry and road transport are the main sources of air pollution, though domestic
combustion and agriculture are also to blame. Industry is a major source of emissions of
NOX (46%) and PM10 (36%). Road transport contributes to significant emissions of NO2
(30%) and PM10 (18%). Emissions and exposure vary greatly depending on location.
Although polluting, the majority of large combustion plants ***are located away from major
urban centres. Road transport contributes far more to the public’s exposure to pollutants
and is responsible for up to 70% of air pollution in urban areas.
***But Beddington is to have two!!
Posted by No Incinerator FC at 07:20 No comments:

South of us the well-heeled and well connected citizens of CAPEL,REIGATE and REDHILL have each blocked proposals for their local incinerators.Good for them!!!

Now the different population of Beddington must rely on their democratically elected representatives to protect them from becoming the epicentre of waste management for South London and the Home Counties. The removal of these alternatives mean that there will be ever increasing pressure on the SLWP to manage MUCH, MUCH, MORE than the local waste streams.Certainly more profitable for the contractors...but a risky business for the villagers.
Posted by No Incinerator FC at 12:42 No comments: In European legislation the prime sensitive receptor is the 6 year old girl. This is because it is judged that she will have accumulated enough dioxins by the time she becomes pregnant to damage the foetus, or breast cancer, if levels are high enough. Dioxins act like hormones, so very, very, very tiny amounts are damaging…..mini-millionths of ¼ teaspoon of sugar, say.
Play the game of spot your school playground (the plume will reach much further than this picture, approx 5 Km….not 1 Km as the report counts.)
Winds mean that the plume will be skewed to the North-East..i.e. over Croydon.

Dioxins are measured at only one site in London, and Heavy metals at three, alongside roads, primarily for measuring lead from petrol, now they are being closed because of lead free petrol. Industry pressure has lead to European laws that used to measure these to be dropped, relying on the much weaker term Best Available Technologies…. Yes it is BATS isn’t it!
Posted by No Incinerator FC at 02:00 No comments:

Now that the beeb have got it at last it is unlikely to go away.Don't the Americans have a bare faced cheek..."always interested in public health..don't have any official reports"...not unlike the SLWP though,come to think of it!It is likely to be the various forms of uranium in the munitions.

http://www.youtube.com/watch?v=XExbH673R3A&feature=related
Posted by No Incinerator FC at 01:39 No comments: 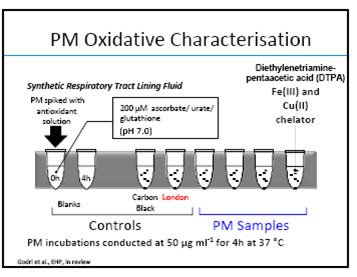 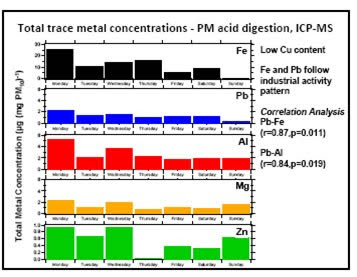 Beddington Lane is on the frontline of incinerator development. In a secret agreement between the SLWP and Viridor in June 2009 the conditions of the licence were varied without Sutton’s planning committee approval. This means that lorries have been going to the site 24/7…60 extra movements a night, Saturday night and all day Sunday. It’s the thin end of a very dangerous wedge, as waste transfer sites are notorious for the extra dangers of their high trace metal content dusts.In September 2009 Country waste was allowed to up its tonnages from 200,00 to 350,000.In February 2010 a tarmac recycling plant was approved (with its lorries).In March new incinerator plans upped the 350,000 tons to 500,000 tons. Although the decision at last week’s committee was “deferred”, the lorries still rumble.
Questions were raised about whether Sutton could even change the status quo, “as they were now part of a partnership”…..so SLWP trumps local democracy then! Who will fight for the health of the village’s pregnancies and playgrounds? As one of Beddington North’s ward councillors is also chairman of that planning committee that may make for difficulties. Watch this space!
The second, new, monitoring station (Therapia Lane) is so far away from both the waste site entrance and village that it seems almost deliberately designed to miss measuring the serious health picture.
Posted by No Incinerator FC at 23:33 1 comment: